Georgian-style fanlights and Roman Doric Style mouldings were adapted as part of the facade of a peranakan home. The Georgian style, identified by its symmetrical composition and formal, classical details, was the most prevalent style in the English colonies throughout the 18th century.

This east meets west masterpiece is explained on our 5th and highest floor. Learn more about it here in Penang with Hotel 19. 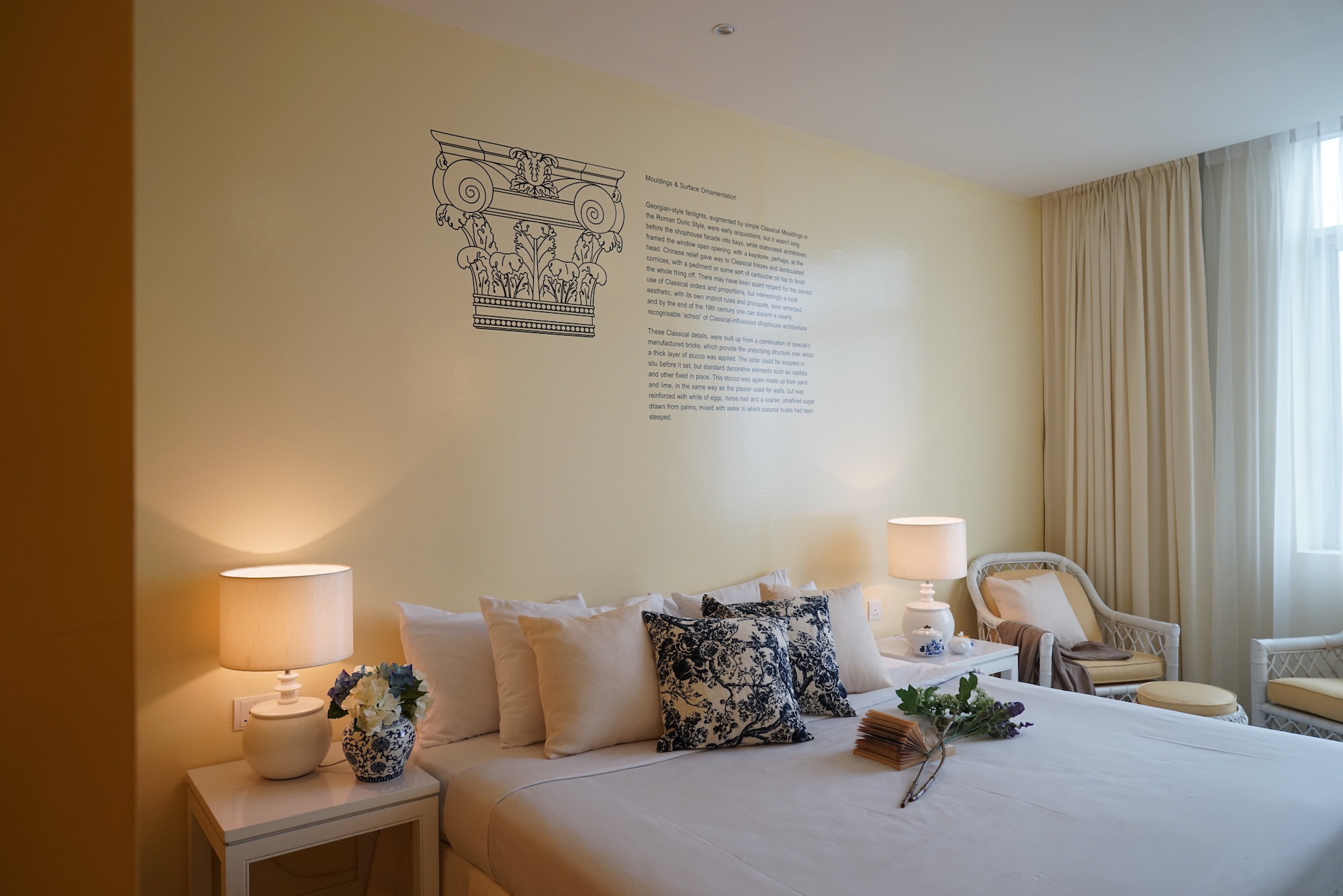 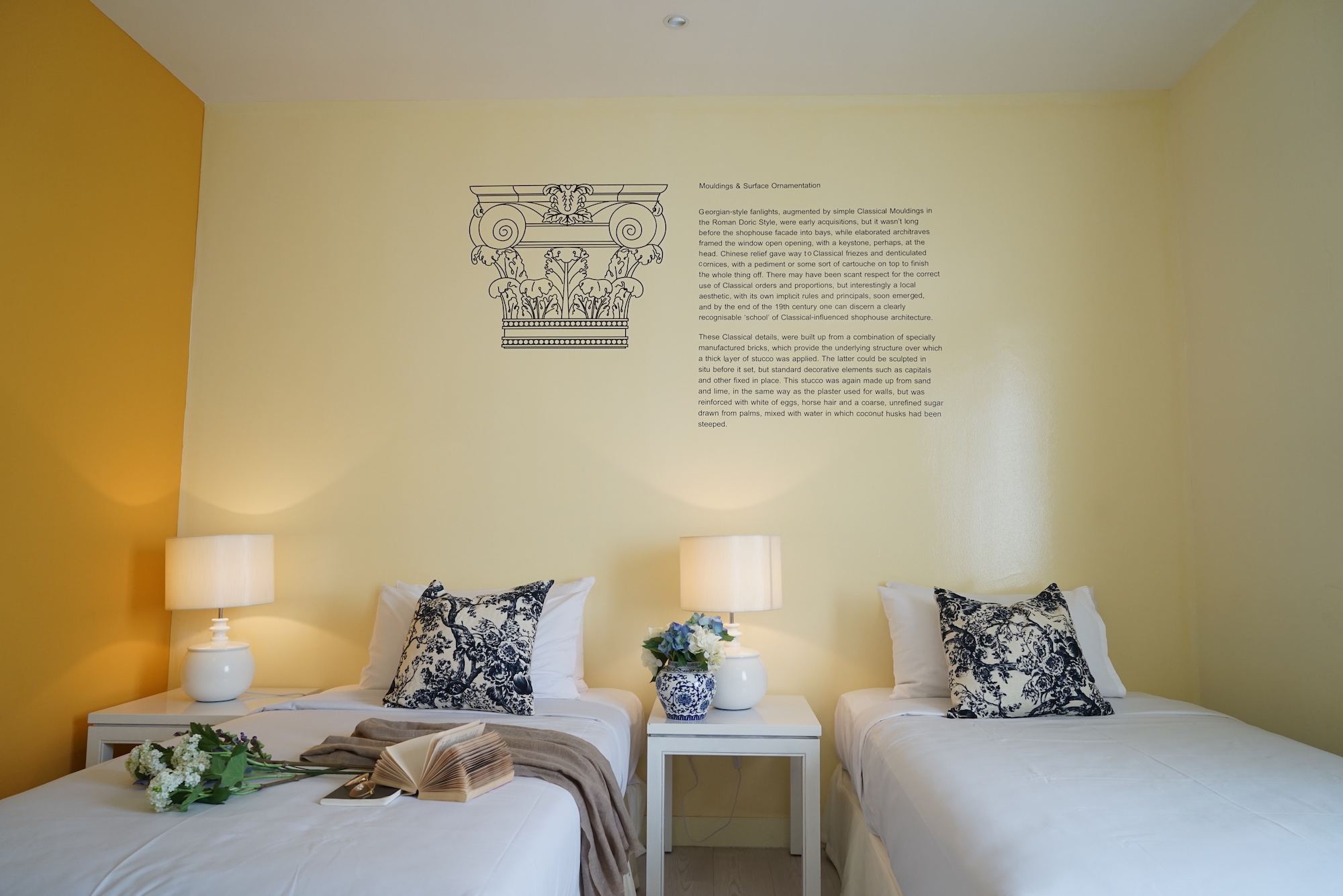 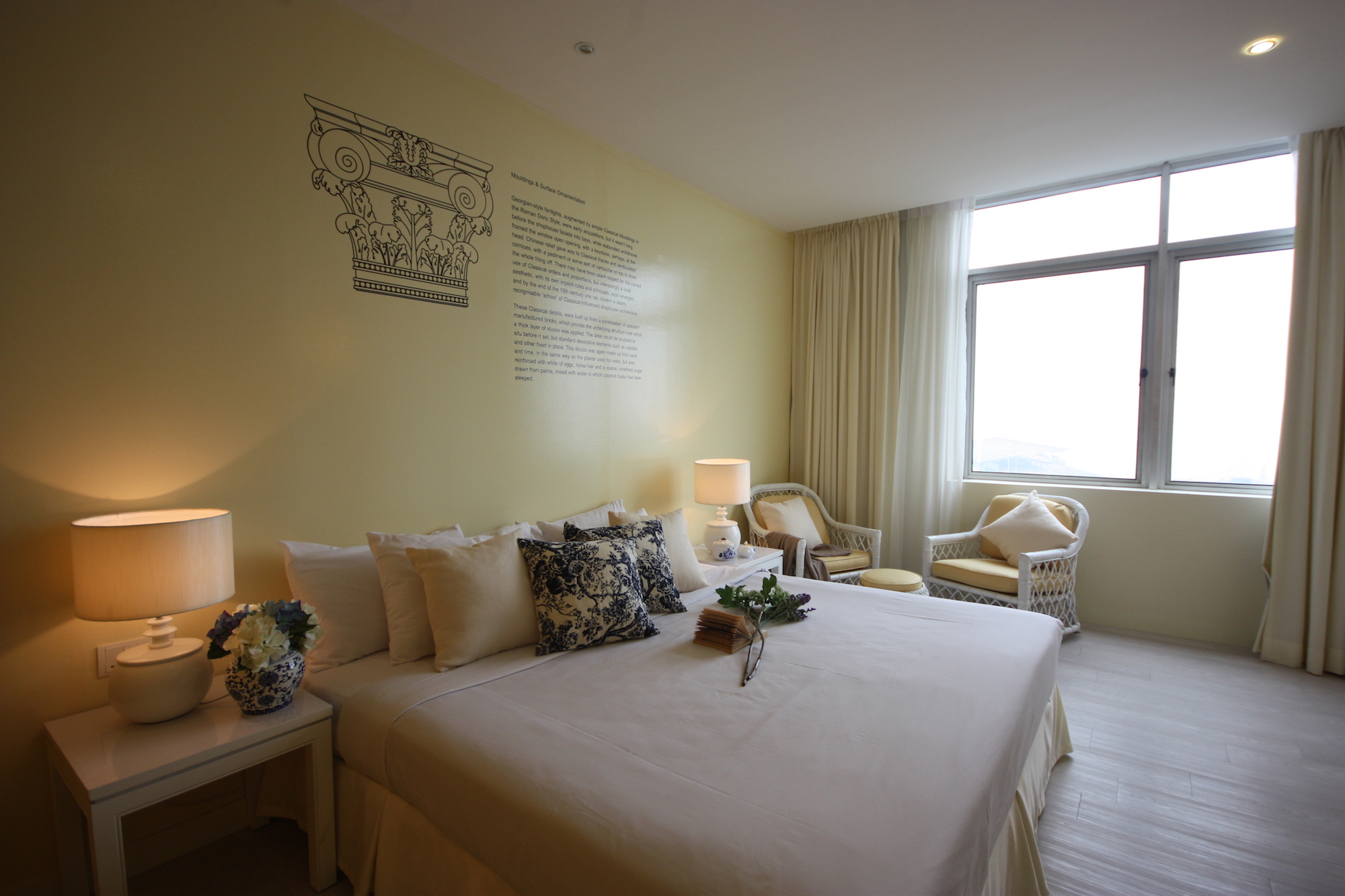 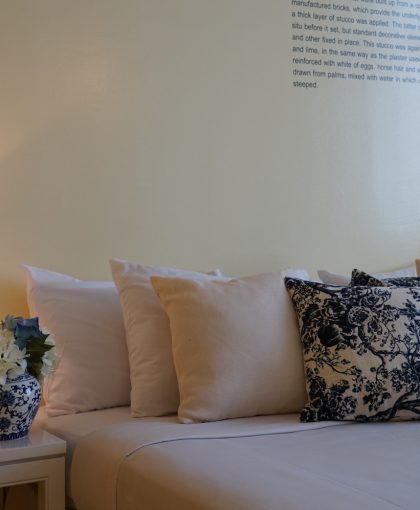 The Deluxe King room offers affordable comfort that is perfect for couples travelling in a budget yet wanting to enjoy a good night's sleep in privacy. A total of 13 rooms… 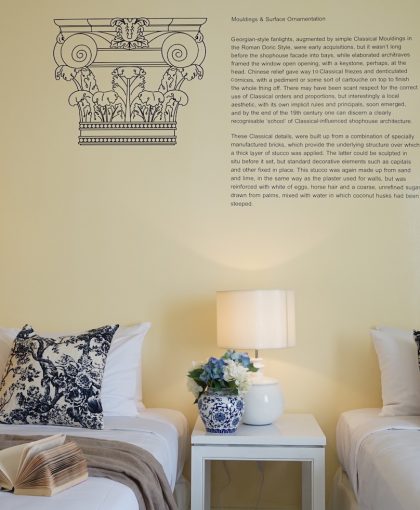 The Deluxe Twin is the ideal choice for travelling friends seeking the comfort of a good night's sleep and at the same time, convenience in location. Only 10 Deluxe Twin rooms are… 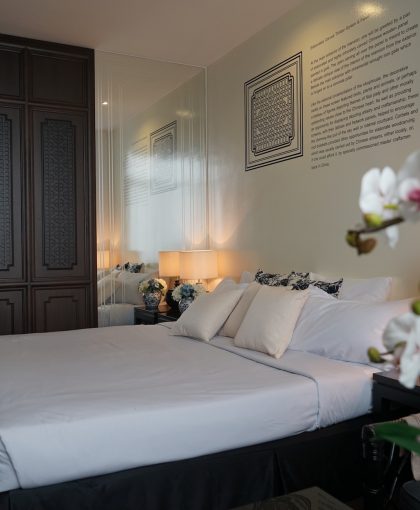 The Deluxe Super King is Hotel 19's main room type with a total of 25 rooms. These rooms feature roomy floor space that accords guests with spacious comfort. Guests are advised to… 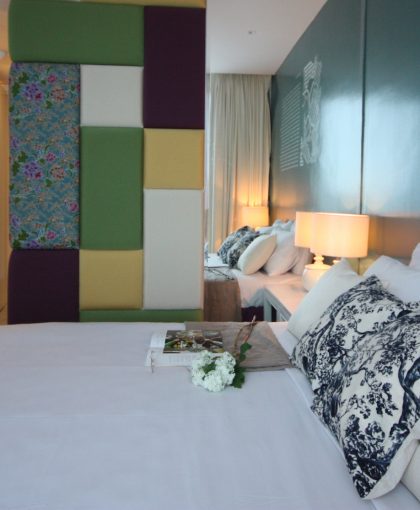 We understand that a family needs to stay close and connected, even while on a holiday. That is why we prepared an exclusive Family Suite for those travelling with their children. That…